Vankar joins in the first Pao, after being fired from his post as a guard. He is found between the wagon tracks after the first Pao has moved on.

A fairly useful knight, he becomes good if trained enough but still somewhat lacking in the defense department. A few comments from an old bloke in both Paos do nothing to inspire confidence 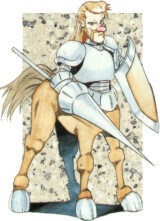